Do you know the difference between a push up bra and a plunge bra, do you know your thongs from your tangas, or a corset from a girdle? No?

Not to worry, here at Mio Destino we have made this handy lingerie glossery for you. Here you can go through a number of different styles of lingerie that we have available.

The balconette bra sits across the breasts on a straight line acting as a balcony.

The plunge bra has a very low 'plunging' neckline. This bra shows off loads of cleavage.

The push up bra is probably the bra most men know about. This bra lifts and pushes the breasts together to create a fabulous cleavage. 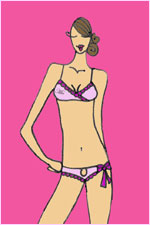 The triangle bra has triangle shaped cups and most triangle bras don't have underwiring for support.

If your partner has a large cup size this isn't the bra you should be looking for. 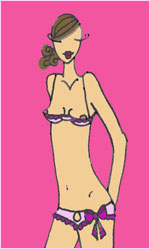 The half cup bra is similar to the balconette bra except the bustline is lowered and it's a little more revealing.

This bra style also comes in Quarter cup leaving the other 3/4's exposed. 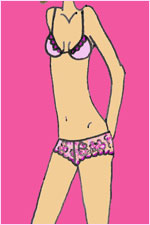 French knickers are feminine and comfortable pants that look a little like mini shorts.

These knickers looks great with a camisole or bra. 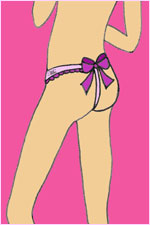 There isn't much to a thong. A thong has a little more fabric at the back than a G-string, which has literally just a string. 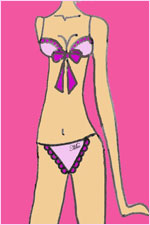 The tanga is a mixture of the thong and the brief.  It tends to provide slightly more coverage at the back. 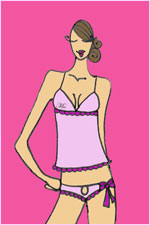 The camisole is very popular as both daywear or nightwear as it looks very much like a top. 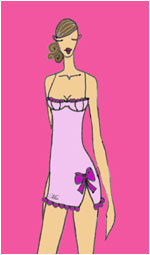 The chemise is a looser version of the camisole which extends to top of the thigh.

The chemise can also be worn as nightwear. 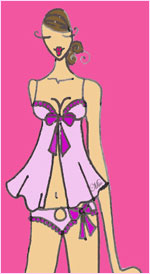 The babydoll is a really short nightgown that ends at the top of the hip.

It usually ties or clasps at the bust and the rest of the fabric "floats" away from the body. 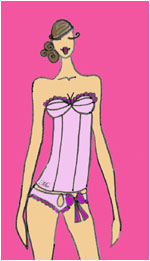 Bustiers are form fitting tops that usually fasten in the back and accentuate the bust.  They are often worn as outerwear.

Many bustiers are strapless and attach to stockings or garter belt. 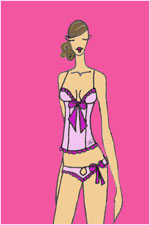 The basque is very similar to the bustier it's just longer, they have a tighter fit and come to the top of hips. 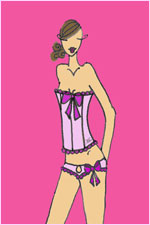 The corset is a tighter and stronger bustier.

It has boning that goes over the bodice and is laced or hooked in the back.

It can have an underwire cup or be flat.

Corsets traditionally are tightly cinched at the waist to give the wearer a noticeable hourglass figure.

They can also be laced loosely and worn as a regular top.

Welcome to Mio Destino, the place for men and women alike to shop for exquisite lingerie, sleepwear, hosiery, swimwear, shapewear and more with a five star service!

Why shop at Mio Destino?

Happy lingerie shopping from everyone at Mio Destino